Daphne Cruz is a Valkyrie at Mythos Academy that first appears in Touch of Frost.

At first she acted like a spoiled brat who only hung out with Jasmine and the other Valkyries. However, after she discovers that the group was talking about her behind her back, she ditches them. She later becomes friends with Gwen after she helps her get together with Carson.

She's currently bound to the magical bow and arrow quiver of Sigyn, Goddess of Devotion.

While she's quick tempered and sometimes volatile, she's always there for her friends.

Since she is a Valkyrie and her aura is pink, her hands let off pink sparkles especially when she's emotional. She's got some wicked computer skills and loves designer clothes, and she's great with bow and arrows. Daphne is also rather obsessed with the color pink wearing it more often than not, and her entire dorm room is done in various shades of pink.

Later in the series, she develops healing powers. 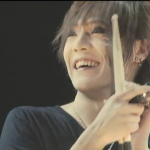 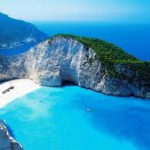