The students at Mythos Academy are the descendants of ancient warriors, and they are at the academy to learn how to fight and use weapons, along with whatever magic or other skills they might have.

Amazons are gifted with supernatural quickness. In gym class during mock fights, they look like blurs more than anything else.

Bogatyrs are Russian warriors. They are exceptionally fast, and most of them use two weapons at once, one in either hand. Bogatyrs train themselves to always keep moving, to always keep fighting, which gives them great endurance. The longer a fight goes, the more likely they are to win, because they will still be going strong as their enemies slowly weaken.

Celts are known for their magical ability with music.

Gypsies are human who was magic given by a special god. In each generation the power is different.

Champions are the Representatives of the Gods. The bravest and the strongest magically of them all. Gypsies are known to have been gifted with magic by the gods. Various magical abilities such as foresight, psychometry, and telepathy. They are just as rare as the Spartans. Not all of them are good, some are just as evil as the gods they serve.

Ninjas possess great stealth, able to slip behind enemy lines without detection. Can magically break into any building no matter how well guarded. Blend into the shadows.

Romans are known for their supernatural speed.

Spartans are born warriors that are known for their ability to make anything a weapon. They are among the rarest of the warrior kids, and there are only a few at Mythos Academy. But Spartans are the most dangerous and deadliest of all the warriors because they have the ability to pick up any weapon -or any thing- and automatically know how to use and even kill with it.

Valkyries are known to possess incredible strength and bright, colorful sparks of magic can often be seen shooting out of their fingertips.

Vikings are known for their supernatural strength. 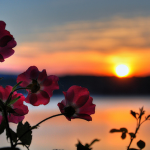